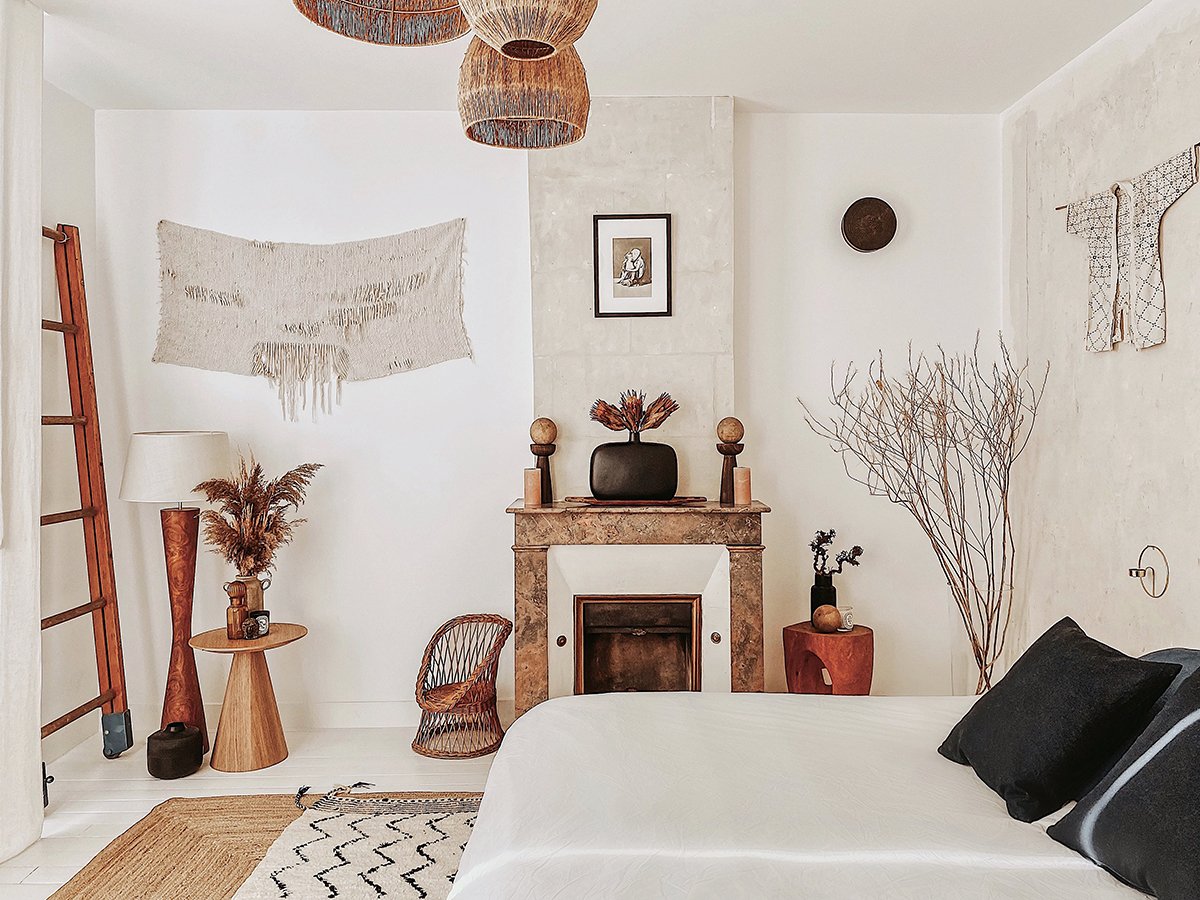 First, let’s discuss their decor style, which they describe as Simple and Organic. They love raw, natural materials but also Naïa adores architecture, particularly the greats like Mies Van Der Rohe, Frank Lloyd Wright and Eames along with the photographs of Julius Schulmann, though she admits to also having a soft spot for little English cottages, and of course old French homes and cute farms.

When they lived in Amsterdam, they had a very minimalist “Japandi Modern” interior with clean lines. It served them well at the time, but like many of us, decor evolves as our life does, so their move to France brought them a fresh new perspective on living. In Amsterdam, they also had handmade pieces, but much more sparingly, and their previous color palette was quite similar: neutral tones, wood, white, but now they admit to slowly beginning to explore color and that their handmade and vintage collections have grown exponentially.

When it comes to decoration, they’ve learned to embrace the characteristics of their 1783 house with its old beams, wooden floors, marble chimney, crooked floors and walls, and their many moldings because it gives the property character. They also like that though their home is old, the rooms are large and the layout is well thought-out and functional. This isn’t always the case in older properties, for instance, I have a 220m2 floor-through circa 1901 Jugendstil apartment here in Germany and the layout is absolutely not suited for modern living, the kitchen and baths are the smallest rooms in the house, and my massive bedroom is larger than even my dining room. As I look at Naïa’s home from the late 1700s, I can’t help but think of how she clearly struck gold with the overall size and functional layout that works for modern living 239 years after it was first planned out and built. That’s rather interesting, isn’t it?

Here are some views first of their living room which is admittedly very neutral but not at all boring since there are many lovely layers and interesting objects to look at. I particularly like the black mantle above the fireplace. I had to ask her where she shops for the home and she gave us a few of her favorite links at the moment, in case you’re curious: Smallable, Anthropologie, Made, and The Cool Republic.